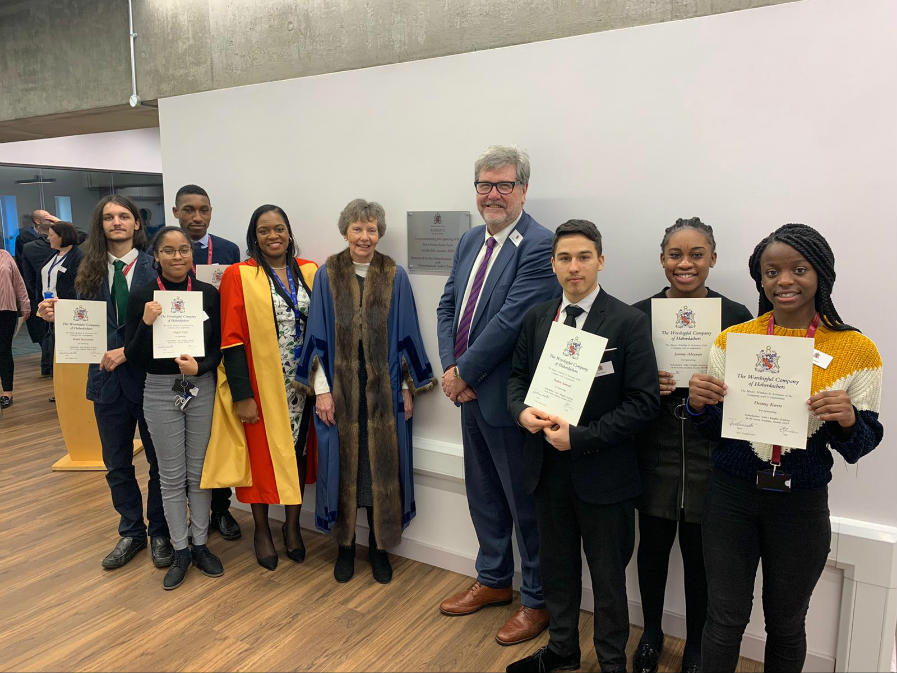 With years in the planning and around 10 months of works to transform this top floor space at Knights Academy, we are proud this space is now open and being used for teaching and study as well as a space for our sixth formers to relax and regroup.

A special launch event took place on Wednesday 8th January, with representatives attending from the Haberdashers’ Aske’s Charity, the school’s key benefactor, who contributed a substantial grant that enabled the development to take place. Staff and students at the event spoke about their excitement to start using the space. Students were also awarded scholarships and prizes at the opening ceremony.

It looks like it’s going to be a great place for us to work. The view looks out across London, which is pretty amazing!

Investing in our sixth form students has been a key priority, and is part of a package of measures to transform the sixth form and create more places for local students.  We are delighted to be able to offer a newly refurbished and developed space for Knights sixth formers to thrive in. This state-of-the-art centre has been carefully designed to benefit our students.

Knights Academy’s 139 sixth form students have access to well-resourced teaching rooms, computer suites, and first-class sporting facilities, in addition to a state-of-the-art canteen on site. Offering both BTEC and A-Level courses, our vocational results are consistently amongst the best in the local area.